‘The Zookeeper’s Wife’ is a testament to courage 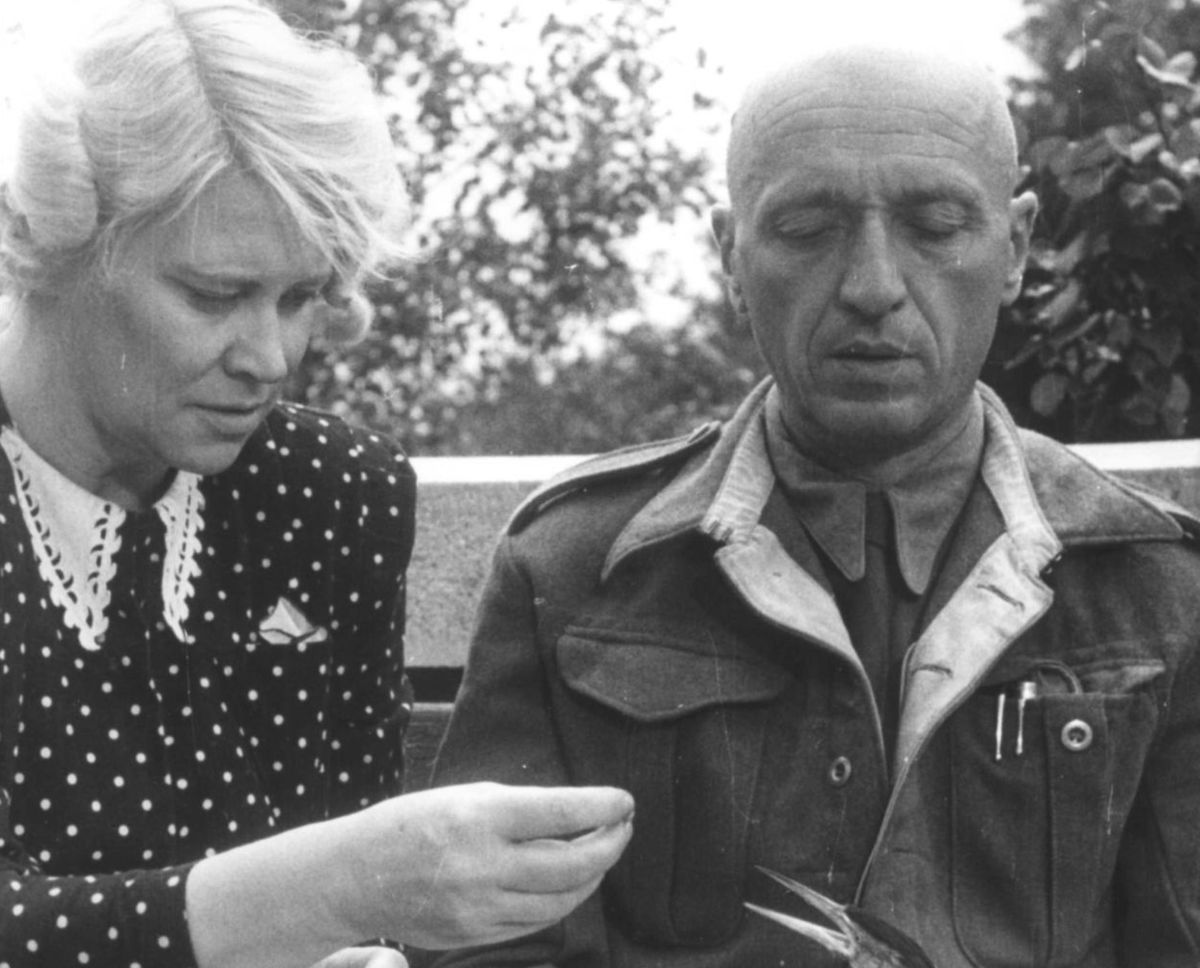 This article, written by board member Barbara Adams, was originally published in The Ithaca Times. Read it on Ithaca.com

One little-known story of opposition to Nazism is that of a young Polish zookeeper and his wife, who saved the lives of more than 300 Jews. During the German occupation of Warsaw, zoo director Jan Żabiński, an officer in the Resistance, regularly risked his life in ways he couldn’t even share with his wife. Antonina kept the household and zoo running, protected their son Ryś and infant daughter, and personally cared for the many Jews who passed through their shelter on the way to safe houses both in and outside the city.

Antonina’s story is strikingly recounted in The Zookeeper’s Wife: A War Story, a nonfiction work by Ithaca-based essayist, poet, and naturalist Diane Ackerman. Published in 2007, the book was on the New York Times best-seller list for a year. In 2008, it earned the Orion Award for its originality in exploring the human relationship to nature –– showing that “a book can be at the same time a work of art, an act of conscientious objection to the destruction of the world, and an affirmation of hope and human decency.”

Jessica Chastain, who plays Antonina, wrote from the set about working with so many women: “It’s been a very collaborative experience, and it’s been heaven for me…. We know how rare making this kind of film is. We’re giddy with happiness.”

The Zookeeper’s Wife opens this week nationally and in Ithaca on Friday at Cinemapolis, where the 4:15 p.m. screening will be followed by a talkback and book signing with Ackerman. The film has already had special viewings worldwide, including at the U.S. Holocaust Museum and the Anne Frank House in Amsterdam.

The Ithaca Times spoke recently with Diane Ackerman about the book and the film.

Ithaca Times: How did you discover this story?

Diane Ackerman: I was traveling around the world researching endangered animals, when I heard that there were ancient horses running around a primeval forest in Poland. I really wanted to see them. Both my parents had come from Poland before the war, and my grandfather had told me that the countryside, the old forests, were very beautiful. I was writing for National Geographic and proposed a piece on the Przywalski horses, but they sent me to the South Pacific instead. But in 2005 I went to Poland.

IT: You did massive research for the book –– what was your process?

DA: I wrote the book in layers, both researching and writing. As narrative nonfiction, it needed to read like a novel with the usual fictional devices of plot and character, but I couldn’t make anything up. How do you do that if you weren’t alive at the time and events took place in an unfamiliar culture? It’s possible to learn an enormous amount about the history, the culture, the natural history, and the personal lives relevant to the book.

For example, I knew Antonina and her son were hiding in a lampshade store at one point. She doesn’t describe the store in her diary, but I could find out what Baltic lampshades of the era looked like. And it’s possible to learn the navigation patterns of birds over Warsaw in 1939 –– so I knew what she saw when she looked up.

Warsaw was nearly leveled during the war, but its old town has been entirely rebuilt, a replica based on Renaissance architectural drawings. And when I actually went there, the zoo’s villa still stands. So I could stand on Antonina’s balcony and see what she saw and have the same sensory experience, could see the linden trees, the dew on the tiles. The hollow wooden staircase still sounds like a musical instrument when you walk on it. Many of the same animals are at the zoo today, and you can find out what they smell like, what order they call in in the morning. I also visited the underground museum and the sites where things happened. And I interviewed Ryś, who still lives in Warsaw.

IT: You were originally pursuing information about the horses when you happened onto Antonina’s diary?

DA: Yes, an Ithaca friend had a Polish friend whose uncle had been a vet at the zoo. He remembered that the zookeeper’s wife had kept a diary, which he sent and the Polish woman translated. I was thunderstruck by the splendor of Antonina’s sensibility, her almost mystical relationship with animals. She treated them with enormous care and respect, and as a result they trusted her. She was a kind of animal whisperer, adopting orphan animals from the forest and raising them in the villa. It was from her diary I learned she was sheltering Jews from the ghetto –– she and her husband were so disgusted by Nazi racism that they decided they had to do something about it.

They began hiding people after the bombing of the zoo in 1939 –– in the backs of cages were rooms, and the pheasant house was enclosed. They were all connected by a ribbed underground tunnel from the lions’ house. Everyone they sheltered passed through there. And they also hid “guests” in the house –– in the basement, between the upstairs walls, in the attic, in cupboards.

Interestingly, all accounts of rescuers in Poland said the same thing: “I wasn’t really a hero; anyone in my situation would have done the same thing –– it was the right thing to do.”

IT: What aspects of your book does the film reflect well?

DA: The film is very good about the relationship between the different characters, which has a lot to do with the nuanced responses of the actors. For me, that brought a richness to the story.It’s also excellent on the Żabińskis’ relationship with the animals. And Jan’s going in and out of the ghetto is very powerful in the film.

IT: Antonina’s relationship with Berlin zookeeper Lutz Heck goes much further than in the book.

DA: Yes, but I read his autobiography and it’s clear he was sweet on her. But I didn’t have enough evidence at the time to include that. I felt the film handled it well, and Antonina’s daughter Teresa was fine with it too.

IT: Your book provided a strong picture of the underground –– the varied and complex levels of resistance –– and the incredible uncertainty of every moment.

DA: That context –– also history and the way daily life is registered –– is covered better in the book, whereas the film concentrates on characters. Though for a more elaborate sense of the characters’ internal lives, you have to read the book.

IT: Any negative aspects of the Żabińskis’ relationship that you didn’t show? Jan’s masculinist values certainly come through…

DA: I was really candid in the book about the parts of their relationship that might have been difficult. Partly that has to do with the role of women in Poland’s culture at the time. For context, I read a great deal written by women in that era and spoke with two women in their 80s who’d been Resistance bicycle messengers. I cared a lot about showing the Żabińskis as multifaceted personalities –– nobody is perfect –– and their children are fine with this.

IT: As a naturalist and poet you seem to have a personal connection with Antonina, her instinctiveness.

DA: Yes, I discovered that by reading her children’s books, in which she becomes other animals, and in her diary on daily life in the zoo. She was attuned to the textures of everyday life in a way that’s very familiar to me. I identified with her kinship with animals, how intimately woven into the seasons and nature she was. And the movie captures that quality –– from the very opening you see her genuine love of animals, which for her exists on a continuum that includes humans.

Antonina herself was an orphan; her parents had been murdered early in the Russian Revolution. She grew up as orphans often do, needing to pay attention to the behaviors of the people around her. Her gift, her sensitivity, made it possible for her to handle the Nazis who stopped by the zoo –– she was able to read them in the same way she could read animals.

IT: What was the adaptation process like for you?

DA: I chose not to be involved writing the screenplay; that’s not my area of expertise. But I spoke with the writer and producers at enormous length. And they showed me the script to make sure I was happy with it. My job was to make sure that the filmmakers could be trusted with the story because the Żabiński children were still alive. Teresa loves the film; she even appears in an early scene. My first response to reading the script was “this is so cinematic!” I spent four days on set in Prague and was amazed at how one art form gets translated into another.

This was very much a woman’s film, and we all came to it because we were attracted to Antonina’s story –– a story of good coming out of evil, a story of different forms of heroism. As head of an underground unit that blew up trains, Jan was heroic in the traditional way. But Antonina risked her life every day; she was in constant danger. Yet she made sure the people in her care survived the war with their humanity intact, that they were able to continue leading their lives despite the trauma. She understood that if you keep the physical body alive, but the spirit dies, how do you go on living your life?

Ordinary people can rise to extraordinary acts of mercy and heroism. Antonina was performing radical acts of compassion –– something that happens every day on our war-torn planet, but we don’t hear about it very often. It’s especially the form that women perform.

DA: Unfortunately, these are still days of genocide that we live in. The refugee crisis continues, and we see a resurgence of racism and prejudice in our own country. Today’s political climate has caused so many people to compare it to the early days of Nazi Germany. I think this story offers a message about the need for tolerance –– about what can happen if we’re not vigilant about free speech and human rights, about our interconnectedness. •