Raad Rahman, a journalist, novelist, essayist and human rights advocate from Bangladesh, will be in Ithaca from April 8 to May 9 as a writer-in-residence with Ithaca City of Asylum (ICOA). She will meet with Cornell students and faculty and present a seminar at the South Asia Program on April 23 at 12:15 p.m. in G08 Uris Hall. 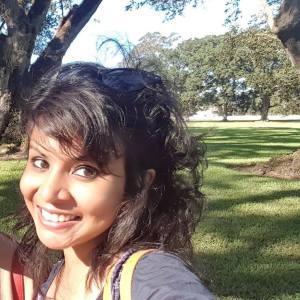 Rahman has worked for media and human rights organizations in the United Kingdom, India, Jamaica, Hungary and the United States. She says she focuses her fiction and journalism on bringing repressed stories into the open. She has received death threats in Bangladesh for her writing on LGBT issues; fellow journalists there have been murdered.

“The situation in Bangladesh is dire for writers,” she said. “Muslims like me are under attack. I want to continue to tell our stories at a time when diverse voices regarding Islam and Muslim females are few and far between in mainstream media.”

Rahman’s writing has been published by The New York Times, The Paris Review, The Baffler, The Guardian, Guernica, VICE, The Rumpus, Roads and Kingdoms and UNICEF. Guernica nominated one of her essays for the 2017 Pushcart Prize.

She holds a bachelor’s degree from Bard College and a master’s degree from Central European University in Budapest, Hungary. She has received fellowships and grants from the Rory Peck Trust, the International Women’s Media Foundation, PEN America, Open Society Foundation, Bard College and Harvard’s Kennedy School and completed residencies with the OMI International Arts Center, Hedgebrook and Hypatia-in-the-Woods.

Ithaca City of Asylum, a not-for-profit project of the Center for Transformative Action, provides refuge in Ithaca for dissident writers and promotes freedom of expression. Founded in 2001, ICOA is one of two North American members of the International Cities of Refuge Network, a worldwide consortium. The project has hosted six writers for two-year residencies in Ithaca. Rahman is ICOA’s first short-term writer-in-residence.

Rahman will give two public readings. On April 11, she will be the featured writer at the Finger Lakes Environmental Film Festival’s literary showcase. Her reading from her work, “When the Politics Becomes Personal: Using Fiction and Nonfiction to Address Political Violations,” is at 6 p.m. at Ithaca College’s Handwerker Gallery. On May 6, she will read from her fiction as part of Ithaca’s Spring Writes Festival. Her presentation, “Love, Justice and Extremism in Bangladesh,” is at 2 p.m. at Buffalo Street Books, Ithaca.

Rahman plans to use her residency to work on her current project, a novel that tells the story of two teenagers pitted against each other after a high-profile terrorist attack, and to finish a book of essays.

The residency is made possible in part with funds from Cornell’s Office of the Vice Provost for International Affairs. ICOA is also a community partner of the Kitchen Theatre Company, Ithaca College and the Tompkins County Public Library.